Many enterprises have developed their business-critical core applications in PL/I. Such systems have grown over years – or even decades – and have been further developed and adapted to new requirements. Naturally, they became larger and more complex and presumably include a lot of dead code. Their present architecture doesn’t comply with the originally intended architecture. Often the original programmers are not available anymore and the maintenance has been carried out by a number of different developers.

To efficiently and securely solve such tasks, it is indispensable to understand the functionality of each application and how the programs interact with each other.

Normally, existing documentations describe how specific calculations are executed but they don’t describe what the application does and what special situations must be considered. The original developers cannot be asked anymore. As a result, the only reliable source of information is the source code itself.

But how can you reliably extract the relevant information from the code? 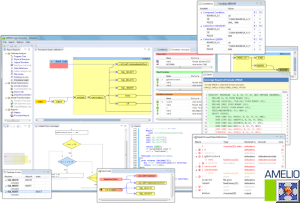 For further details have a look at our Flyer "AMELIO Logic Discovery for PL/I".

The LVM Versicherung (LVM insurance) in Münster, Germany, has developed its business-critical applications in PL/I and was looking for a solution for deep source code analyses to support the further maintenance and modernization.

Do you also have business-critical core applications in PL/I and are you looking for a way to analyse them fully automated and reliable? Please get in touch with us. We would be pleased to demonstrate the performance of AMELIO Logic Discovery on the basis of your examples.